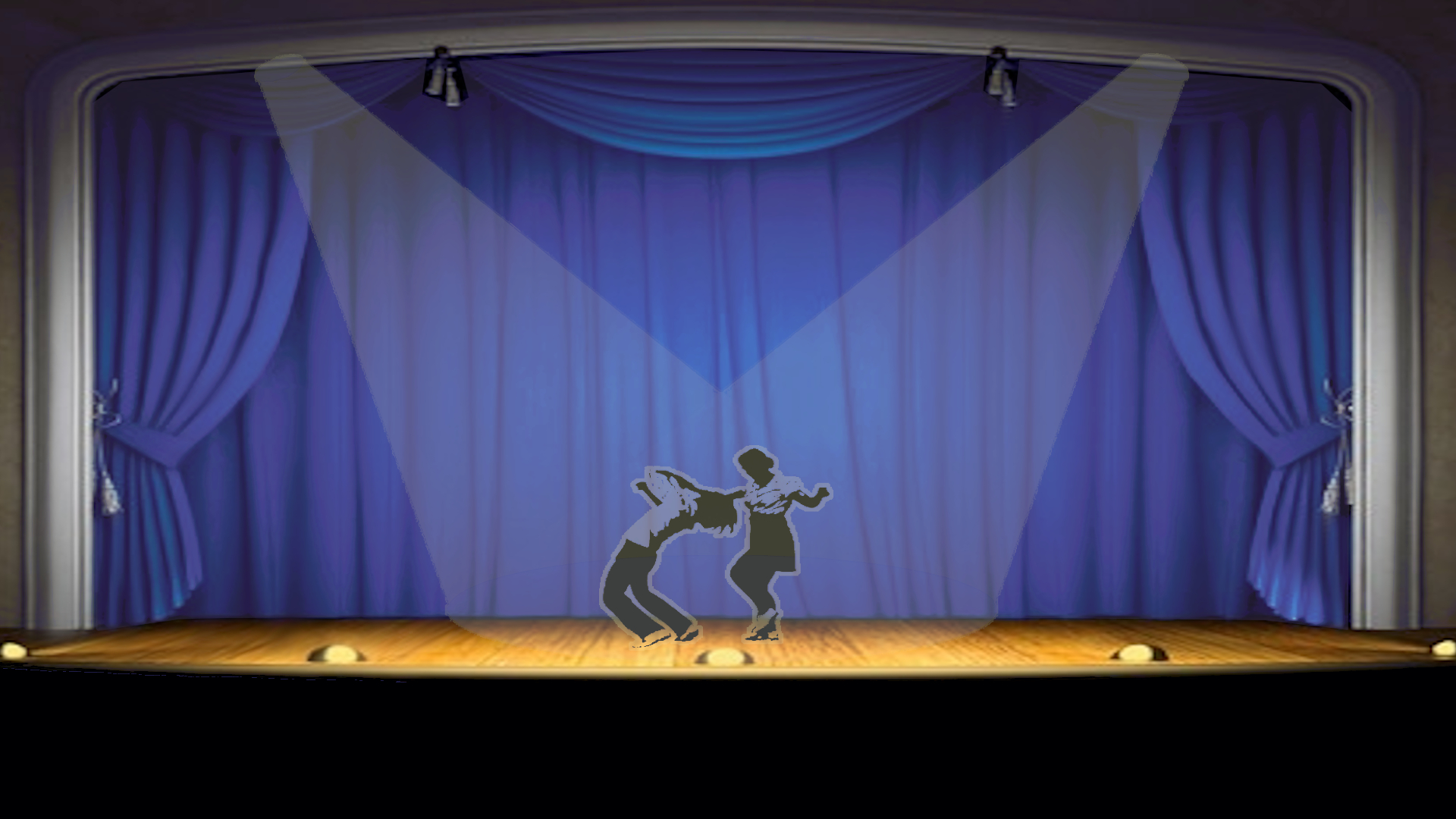 The idea hit us in late 2000 when a few Pittsburgh dancers, back from a recent exchange, thought, “Why can’t we do this in Pittsburgh!?”

This year we are planning an in-person event and only inviting those who are fully vaccinated, so make sure you’re able to come and dance with us! Bands, DJs, and venue announcements coming soon!

**Hint – we’ve booked one band that is performing at their 21st PittStop in a row!!

Click here to view a PittStop timeline that goes all the way back to our very first PittStop in 2001!

Covid-19 tried to ruin everything, but we fought back with an online event that crushed every single expectation we had for it. City of Asylum @ Alphabet City was an incredible organization to work with. They use the funds they raise to help support and provide sanctuary to writers and artists who are endangered and exiled from their home countries. Alexis, our point-of contact, videographer, host, chat moderator, and all-around super star saved our event when Allegheny County outlawed indoor events of any size 3 days before we were scheduled to live stream from inside Alphabet City! With amazing flexibility from Paul Cosentino and the Boilermaker Jazz Band, we were able to pre-record an outdoor concert on one of City of Asylum’s lots. Pittsburgh actually had a warm, sunny day on a Friday in November! Stars were aligned! The livestream itself went off without a hitch! Everyone was active in the chat, and friends we hadn’t seen in years showed up to support us! There was even an interview portion at the end with Paul, Alexis, and some of our long-time committee members. We are so grateful to everyone who donated. We raised enough money to make an additional donation to City of Asylum! Click here to view a recording of the event.

With dancers for more than 20 states coming to Pittsrbugh for this event, we decided to feature our famous golden triangle this year! The local, but world-famous Paul Cosentino and the Boilermaker Jazz Band kicked our event off the best possible foot! Friday night was a great night for our amazing local talent, as Miss Freddye’s Homecookin’ Trio kept us Blues dancing into the wee hours of the morning! Saturday and Sunday were just as fire with two sets each from Chelsea Reed and the Fairweather Five as well as Gordon Webster (who featured our very own Paul Cosentino on clarinet!)! And our DJ’d music was anchored by Dan Repsch who made it here all the way from Canada!

PittStop has become one of the longest and well-known running swing (lindy hop) dance exchanges in the country. Our 2018 theme was the many bridges in Pittsburgh. (Fact: Pittsburgh has over 440 bridges, more than Venice, Italy, earning our city the nickname the “City of Bridges.”) We brought back Gordon Webster, Chelsea Reed & The Fair Weather Five, Miss Freddye’s Blues Band, and our perennial local favorite The Boilermaker Jazz Band. These bands have always sparked excitement and joy in the dance audience at our event, and 2018 proved once again that PittStop is a hit!

PittStop proved that it has become one of the longest running lindy hop and swing dance exchanges in the country. For this year we had a perennial favorite The Boilermaker Jazz Band, Chelsea Reed and the Fair Weather Five, Josh Fialkoff & the Fried Bananas and once again, Paul Cosentino’s Hot Metal Swing Orchestra. Many college groups attended–which have become a staple of this event. We had dancers attend from more than 20 states including DC and Canada.

This was our Sweet 16 party with Chelsea Reed and The Fair Weather Five, The Boilermaker Jazz Band, Miss Freddye’s Blues Band, Gordon Au’s Pittsburgh Stompers featuring Tamar Korn, and the first-time band put together just for our 16th Anniversary, Paul Cosentino and the Hot Metal Swing Orchestra (14-Piece). A great time was had by one and all!

Last year we had our most exciting band lineup at our most favorite venues and delivered a fantastic weekend of swing dancing and fun for all who attended! Many hundreds of visitors travelled in from faraway places to join in and dance with hundreds of Pittsburgh locals to help make this one of our most fun-filled exciting weekends of swing dance ever!

Dancers who registered from 27 states plus Canada and D.C. made this one of our most diverse group of dancers ever! Two brand new exciting bands joined PittStop: The Fried Bananas opened the weekend and The Downtown Shimmy played the blues late night. Gordon Webster brought his nine-piece band for Saturday evening. And Gordon played piano for The Boilermaker Jazz Band on Sunday while Paul Consentino played with Gordon Webster on Saturday! Five Guys Named Moe All Star Band concluded the weekend for the remaining happy and near-exhausted yet still enthusiastic participants.

Two servings of Gordon Webster, two servings of Solomon Douglas including one with singer Alison Dreyfuss, The Boilermakers, and Dr. Zoot all playing in our favorite venues like Soldiers and Sailors Memorial Hall, Pittsburgh Opera, and CMU’s Rangos Ballroom… we served up seven sumptious dances and burned more calories than ever as we simmered and boiled over with enthusiasm and thrills at one of Pittsburgh’s best lindy exhanges!

The Boilermaker Jazz Band, Gordon Webster, Jimmy Sapienza’s Five Guys Named Moe, and the Glenn Crytzer Band performed in venues that included several favorites, like Soldiers and Sailors Memorial Hall, Pittsburgh Opera, St. Nicholas Greek Orthodox Cathedral and the Pittsburgh Dance Center! We exceeded our expectations once again thanks to registered dancers from around the U.S. and Canada and local attendees!

Celebrating our 10th anniversery, we left it all on the floor with live music at every dance – 7 bands at 7 dances, it was our best lineup ever and the PittStop crowd really appreciated it! — The Blue Vipers, The Boilermakers, Soloman Douglas, Dr. Zoot, Jimmy Sapienza, Nelson Harrison, Rick Matt, plus many fantastic deejays! We had a tremendous turnout and the best time!

The Solomon Douglas Swingtet kicked off this special weekend, which included a total of 6 great bands. Our weekend passes sold out early and we had dancers from over 20 states making this PittStop our biggest exchange ever.

George Gee’s band, The Boilermaker Jazz Band, Ms Freddye, Jimmy Sapienza’s Five Guys, and Rick Matt’s band made for one huge “WOW, WHAT A LINEUP!!” The number of registered dancers surpassed any of the years before and the local turnout was great. We exceeded our expectations!

We planned the 7th fun-filled weekend with terrific bands and venues for great dancing for everyone – young and old, beginners and veterans, balboa dancers and blues dancers!! #7 brought many lucky surprises including new bands and returning bands, new friends and old pals, new venues and seasoned locations.

Yet another jam-packed weekend with more bands and venues than ever. The Sweaty Betty Blues Band debuted at late night to a hugely welcoming dance audience. Jimmy Sapienza’s Five Guys Named Moe also debuted for afternoon dancing sweet & smooth. Roger Humphries Big Band returned, plus an assortment of DJ’s rounded out the music mix and everyone had a great time!

A really tremendous turnout for a fantastic lineup of bands and music. We made history! Featured Roger Humphries Big Band plus jazz historian Nelson Harrison as a guest speaker on Pittsburgh’s jazz legacy.

Pittsburgh’s very first lindy exchange! We were afraid good dancers might not come! But we had a respectable turnout and great fun. We featured The Boilermaker Jazz Band with Jennie Luvv. Everyone had a great time!